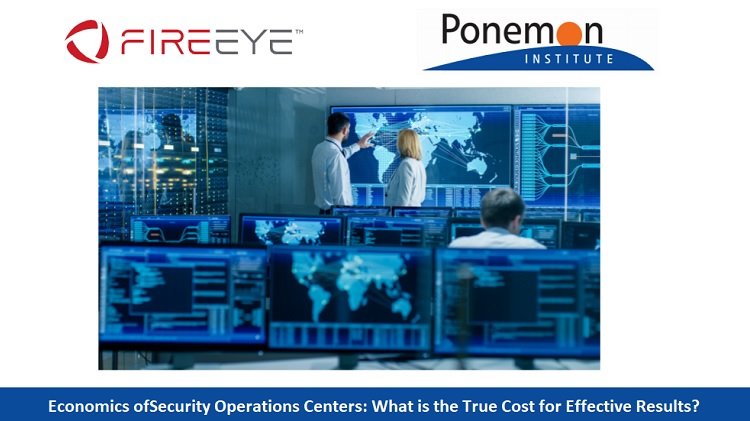 FireEye today released the “Second Annual Study on the Economics of Security Operations Centers: What is the True Cost for Effective Results?” report from Ponemon Institute. The report finds that organizations are spending more to account for widespread security operation center (SOC) challenges including growing security management complexity, increasing analyst salaries, security engineering and management outsourcing costs, yet are still dissatisfied with the outcomes. However, companies are also boosting investments in new SOC tools like Extended Detection and Response (XDR) and security automation to help solve these issues.

“The findings of the Ponemon Economics of the SOC report show that organizations are facing an onslaught of rising security operations costs, but despite these increased investments, are still unhappy with their ability to combat growing cyberthreats,” said Chris Triolo, Vice President of Customer Success, FireEye. “Many security teams are now seeking new technologies that can provide greater efficiencies and visibility, while cutting alert overloads and eliminating mundane tasks to improve analyst morale.”

The ROI of SOC investments have been worsening, due to increasing complexity and rising security engineering and management outsourcing costs.

Even with increasing salaries, organizations are not able to boost employee morale.

Despite current ROI perception, respondents noted that the SOC is more important than ever to having a strong security posture.