Connected devices are everywhere and many people are willing to be part of the Internet of Things (IoT) revolution. 69% of those surveyed said they own connected devices, such as smart meters, fitness monitors, connected toys, home assistants, or gaming consoles. 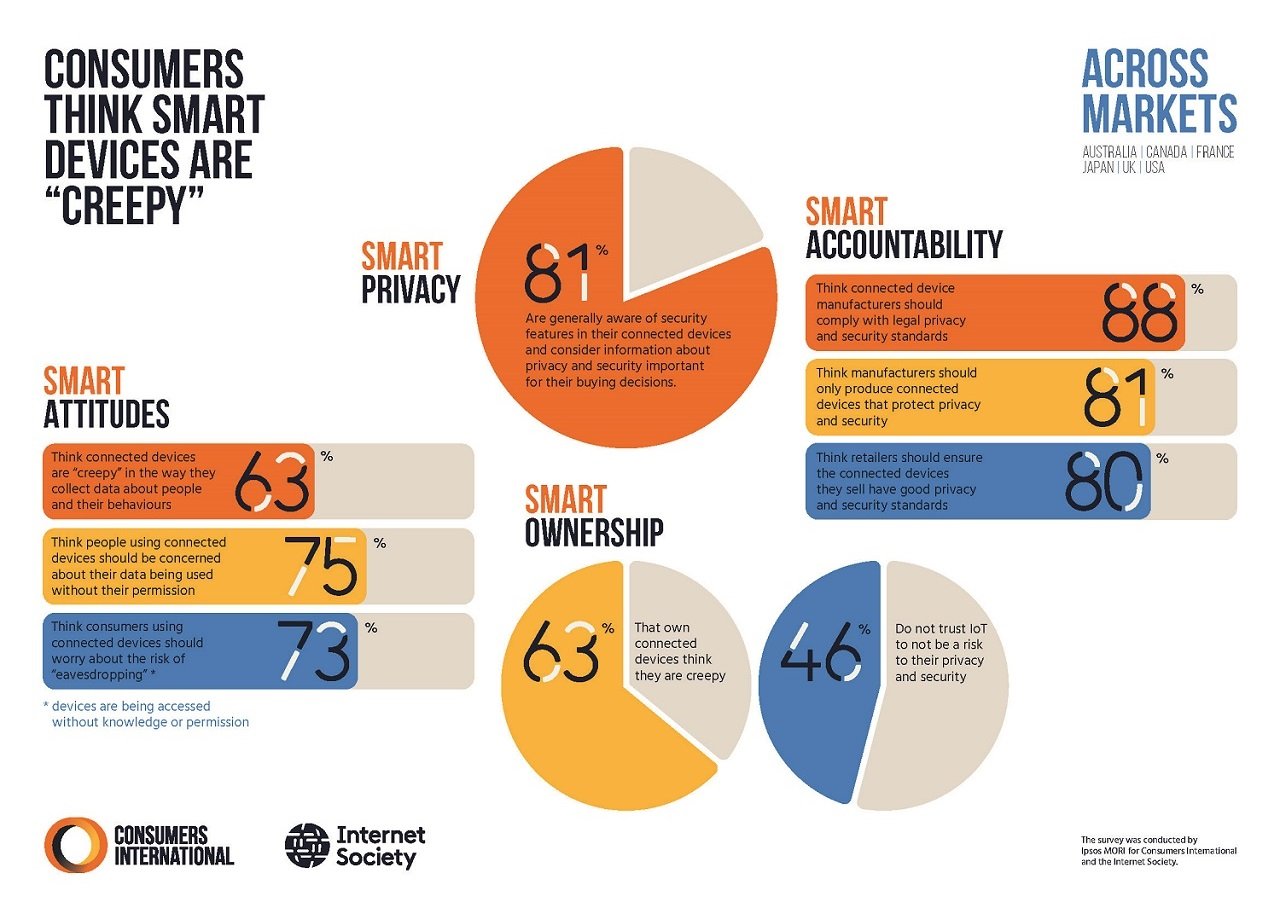 “The survey results underscore the need for IoT manufacturers to build their devices with security and privacy in mind,” said Internet Society President and CEO Andrew Sullivan. “Security should not be an afterthought. It’s clear that manufacturers and retailers need to do more so that consumers can trust their IoT devices.”