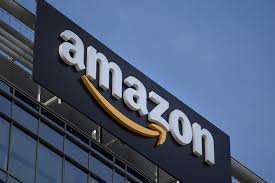 A massive fraud let scammers steal money from Amazon merchants for a six-month period in 2018, the online retailer revealed. Almost a 100 accounts of merchants who sell their products via Amazon were affected, a report from Bloomberg said.

The report added that the scammers changed bank details on Amazon accounts to divert cash, although the exact amounts are not known.

According to the Bloomberg report, the fraudsters were active between May and October 2018. Although Amazon is still trying to piece together what happened, they believe the attackers tricked the merchants into handing over login information for their accounts. Unfortunately, thousands of individuals and small firms use Amazon to sell their goods.

The scammers are believed to have taken cash generated by Amazon as well as loans advanced against future sales. As part of its move to track them down, company lawyers have requested permission to search bank accounts at Barclays as well as payment processing firm Prepay. It said the two firms had “become innocently mixed up in the wrongdoing”.